WHAT  MAKES  "FISHING"  ONE  OF  THE  GREATEST  AND  OLDEST HOBBIES & SPORTS OF  ALL TIME?

Fishing is a great hobby that has been around for centuries. Whether you are looking to take your family out on a fishing trip or you want to explore the waters and catch some fish.

Fishing is an ancient practice that dates back to the Upper Paleolithic, which began at least about 40,000 years ago. Isotope analysis of the skeletal relics of a 40,000-year-old modern human from East Asia shows that he regularly consumed freshwater fish. Archaeological features such as shell mounds, abandoned fish bones, and cave paintings indicate that seafood was important to survival and was consumed in large quantities. During this time, most people lived in a hunter-gatherer society, inevitably constantly moving. However, if there are early examples of permanent settlements (not necessarily permanent settlements), such as  Lepenski beer, in most cases they are the primary food source of fishing. Is related to.

In the Paleolithic era, spearfishing using spike rods (harpoon) became widespread. Cosquer Cave in southern France has cave paintings over 16,000 years old, including paintings of seals that appear to be harpooned.

Neolithic culture and technology spread around the world 4,000 to 8,000 years ago. New technologies in agriculture and pottery have revealed the basic forms of the most important fishing methods still in use today.

7,500 to 3,000 years ago, Native Americans of California were known to fish on canyon hooks and lines. In addition, some tribes are known to have used plant toxins to induce torpor in instream fish to enable their capture.

Copper harpoons were known to the seafaring Harappanswell into antiquity. Early hunters in India include the Mincopie people, aboriginal inhabitants of India`s Andaman and Nicobar islands, who have used harpoons with long cords for fishing since early times.

Fishing is also a survival skill that saved generations during old ages to survive in isolated islands and places where there was only sea or river around them, it was the only source of alimentation for them to feed their families, here we can get to the point of how important to have fishing skills, and that's why with time fishing became more than a hobby or a sport, It's a way of life, It's a source of learning many values and life skills such as patience, consistency, perseverance, efficiency, ambition, courage, hope and many more...

with the evolution of the human brain and technology, the fishing industry has never stopped producing and creating new tools and pieces of equipment to either solve a fishing lover's problems or to make their life easier during their trip and that's one of the purposes of creating our online store.

There is a right way and a wrong way to do fishing.

This article will provide you with some fishing tips and tricks and the top places to go to equip yourself with everything you need:

﻿Is a fishing net necessary?

A good landing net is beneficial for several reasons: it ensures the safety of the fish, helps the angler land more fish, and adds an interesting element to your photography. Such a net is one of the most underrated, yet vital, trout-fishing accessories.

10 Tips on How to Fish for Beginners

What attracts fish the most?

The first thing that attracts them is the sound of the boat and its engines. The propellors and the noise of the boat moving through the water create a lot of sound waves and vibrations that run through the water. In fact, some boats are known as better fish raisers than others, based on the sounds they emit.

What are fishing lures good for?
What are soft lures used for?
The term "Hopping" is one of the most popular techniques and is used about 85% of the time when fishing Soft Plastics. We can use it to target Snapper, Flathead, Mulloway, Threadfin Salmon in the Estuaries and Bays and can also apply to almost all offshore and Freshwater species as well.
When should I use shiny lures?
Use dazzling or very dark lures for dirty water/cloudy days. In dark or muddy water and on overcast days, tie on a brightly colored lure to increase visibility, or use a very dark solid color to maximize profile visibility.
What time of year is best for pike fishing?
The best time of year for pike is fall, as the water temperature is slowly dropping and the pike feeds and hunt actively and aggressively. Specifically, September, October, and November are by far the best months to target pike.
Where is the most popular place to fish?
The World's Best Fishing Spots and Where To Find Them:
Where can I catch a pike in the UK? 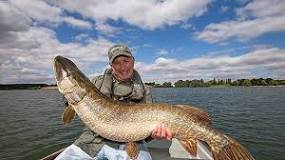 In the end, we hope you enjoyed our blog and the tips that we shared with you and look forward to making a long-term relationship with you.

We care about building a community of fishing lovers around the world and please follow us on META FACEBOOK, INSTAGRAM, and PINTEREST or contact us if you have any questions or suggestions about any products you want us to provide for you by sending an email to our support team at support@fishingpure.com

FISHINGPURE |WHERE EVERYTHING IS A CATCH